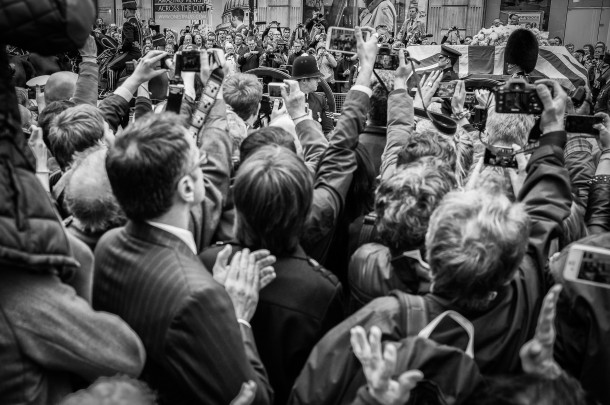 Life is a struggle to make the right choices and to achieve liberation from dependence, whether material or psychological. This genuine independence is the essential pre-condition for living in an other-centred way, beyond ourselves. The word Margaret Thatcher used at St Lawrence Jewry was “interdependence”. – The natural cycle leads inevitably to decay, but the dominant note of any Christian funeral service, after the sorrow and after the memories, is hope. – In faithful relationships, when two people live together, they grow around one another and the one becomes a part of the other. We are given the freedom to be ourselves and, as human beings, to be drawn freely into an ever closer relationship with the divine nature. Everything which has turned to love in our lives will be stored up in the memory of God. First there is the struggle for freedom and independence and then there is the self-giving and the acceptance of inter-dependence. – What, in the end, makes our lives seem valuable after the storm and the stress has passed away and there is a great calm? The questions most frequently asked at such a time concern us all. How loving have I been? How faithful in personal relationships? Have I discovered joy within myself, or am I still looking for it in externals outside myself? – Margaret Thatcher had a sense of this, which she expressed in her address to the general assembly of the Church of Scotland when she said: “I leave you with the earnest hope that may we all come nearer to that other country whose ‘ways are ways of gentleness and all her paths are peace’.” (Excerpts from the funeral service for Margaret Thatcher delivered by The Right Rev. Richard Chartres, Bishop of London)