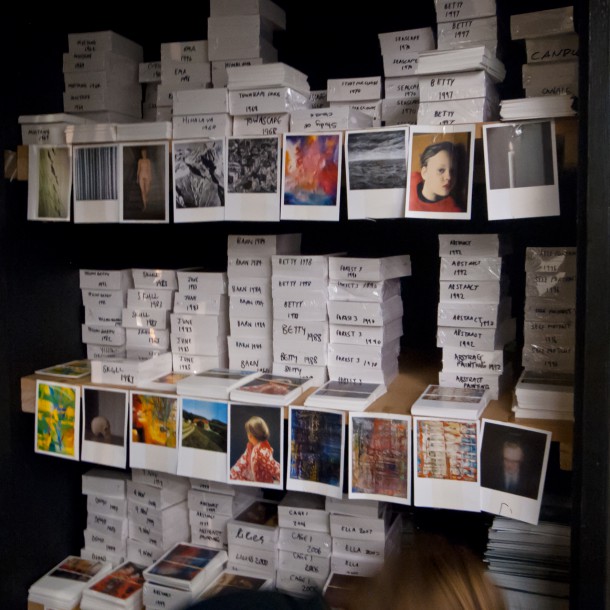 This picture was taken at Tate Modern when leaving the current Gerhard Richter exhibition Panorama. In contrast to the deliberate and generous arrangement of the exhibition itself, the picture shows the condensed and random arrangement of some of Richter’s main works in the postcard storage of the museum shop – hidden behind a door and not intended to be seen by the public. The titles of the pictures – added in handwriting on the stacks of postcards – serve the only purpose of differentiating the stacks and keeping the order, rather than actually assigning titles to the pictures themselves. However, the pictures maintain their strong expression – and actually develop their own interaction in this specific arrangement including the barely recognisable blond hair of the girl’s head at the bottom of the picture and Betty 1988.