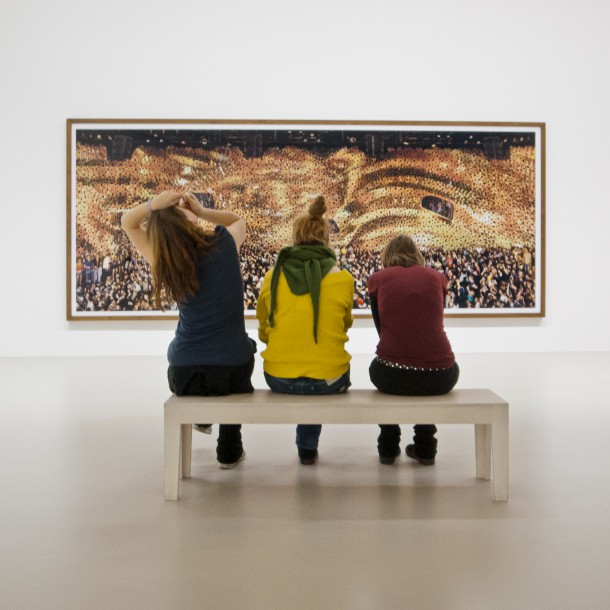 The picture was taken at the Sprengel Museum in Hannover in the exhibition Photography Calling! The work that provides the backdrop to this picture is Andreas Gursky’s Cocoon II. It shows a scene from the club of the same name in Frankfurt. However, as pointed out in the exhibition catalogue, little ecstacy is evidenced in the scene. The crowd in front of the futuristic-architectonic interior of the club appears to be waiting for the club night to commence. The three girls sitting on the bench in front of the picture somehow seem to be joining the audience in the club. The colours of their clothes and their hair match the club’s wavelike interior. Their gestures make them part of the rather static scene. The girl on the left – putting eye drops into her eyes – raises her arms like the few people on the dance floor that are holding their arms up in the air.